What I Owe Gene Wilder 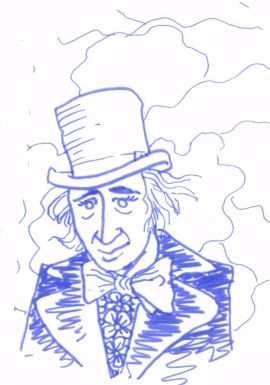 Willy Wonka's "pure imagination" inspires me to make the most of my time inside food plants and here at the tinker shop.

Willy Wonka first struck me as darkly mysterious, the way Roald Dahl originally intended. My wife, on the other hand, considered the candy maker a quirky inventor. Left to my own preferences, I never would have allowed my children to be exposed to the harsh vetting process he required of his would-be successors: shot like a torpedo through a tube; injestion of a strange allergen that left its victim bloated and blue; or floating into a trap that sucked people into whirling blades.

Our kids wouldn't be deprived of the Wonka magic, though. My outlook began to sweeten during the reintroduction. By then our children had the Gene Wilder version permanently installed in the video player, stuck like Augustus Gloop in a pneumatic tube.

Mr. Wonka’s committment to finding a suitable heir appealed to me. I recognized the important link between listening and safety, dedication to quality product, rewards and consequences, and, of course, his overriding desire to bring joy to others.  At the announcement of the actor’s passing this week his nephew remarked of his uncle, “He simply couldn’t bear the idea of one less smile in the world.”

I joined my wife in her fascination. The "mad scientist" morphed into an eccentric and mysterious tinkerer.  I began to wonder, “What’s under that shroud?” I know it’s a Hollywood prop, but seriously, how do they get the sweet crème inside the Cadbury? What’s in Pop Rocks? Who paints the “S” on Skittles? Where do all the Funyuns middles go?

May your spaghetti be as long as a shoelace, may your pretzels have no end, and may all your animal crackers have their heads.

As the family enjoyed the antics at the fictional candy factory, I was being pulled into that food processing world in real life.  I went to work at Stevenson Company, Inc. Here was a factory that fabricated an egg breaking machine. Just what every designer wants to do in their first job, right? To see one of these machines work was like the “Mouse Trap” game we played in the old days. Except that it wasn’t an unreasonably complicated mechanization. It had just enough wing-dings to make it interesting and was a leap in sanitation for consumers and processors. 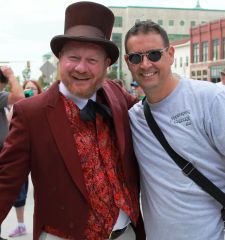 We then expanded to bring sanitary solutions to the entire food industry.  With increasing expertise, we provided stainless steel tanks, bins, hoppers, conveyors – chutes and ladders – to our customers.  We focused on specializing in transitions. Questions became more practical.  How do potato chips move? What’s the best way to package kibble? Can this seasoning process be improved? What are the health impacts of different materials? Can we keep whole coffee beans, well, whole? We brainstormed, built, tested, adapted, installed, and reinstalled. We established relationships and our network of partners continues to grow from one plant to the next. Now I’m fortunate to have friends everywhere, all of us (but none more than me) geeking out on the integrity of cereals, candy, snacks, proteins, nuts, pet food, you name it.

When people ask me what I do for a living I find myself saying, “I make Wonka machines.” Okay, there may be a copyright issue in there but it saves me a lot of breath.  I could say we make harpoons for flying cannon scrubbers, miniature children’s slides sized for lollipops, industrial nut crackers, and the world’s largest sugar bowls, but it would take a long time. With the simpler phrase referring to Gene Wilder’s character, people grasp the concept in a snap. I certainly wouldn’t have guessed this career for myself, but what a sweet surprise, touring these different treat factories, getting to peek behind the curtain.

The veil of secrecy has been lifted somewhat.  For example, cookies aren’t made by elves. Also, Funyuns are extruded like pipe. They are perfectly uniform in diameter and fly out of a machine faster than the eye can see. Turns out the ingenuity is just as intriguing as the wizardry. It's funny that I still feel like a kid myself when I walk through these plants.

Some of the magic is real, though, there really are chocolate waterfalls. I’ve seen them in real life.